Several highly qualified individuals have offered their assistance to TEACH to provide observation services to educators interested in improving their skills. Read about them below and sign up at this link for a observation session.

Dr. Cleveland completed her B.S. in Biology, Master of Business Administration, and Doctor of Pharmacy at Shenandoah University and is a Board-Certified Pharmacotherapy Specialist.  She is an assistant professor within the Department of Basic Science at Virginia Tech Carilion School of Medicine (VTCSOM).  Before joining VTCSOM, Dr. Cleveland was the owner and pharmacist in charge of an independent pharmacy providing patient care for over 15 years.  She began teaching clinical pharmacotherapeutics at Jefferson College of Health Sciences, now Radford University Carilion, to physician assistant students in 2011 and joined VTCSOM full time in 2017.  Within the medical school, Dr. Cleveland teaches pharmacology, facilitates problem-based learning sessions, engages with clinical science to further integrate pharmacology, and participates with the health systems science and interprofessional practice domain facilitating team action groups.

Dr. DeMott graduated from Wayne State University School of Medicine in Detroit. He completed his Internal Medicine residency training in the Air Force at Wright Patterson Medical Center in Dayton, OH. Since residency while in the Air Force and here at Carilion, he has largely practiced in academic training programs. Currently he serves as an Associate Program Director for Internal Medicine at Virginia Tech Carilion School of Medicine. He has also been the site clerkship director for the Uniformed Services University students doing rotations at Wright Patterson.

Dr. DeMott has received numerous teaching awards here at Carilion as well as in the Air Force. He very much enjoys teaching in all venues but particularly enjoys teaching in clinical situations such as rounding with residents and students as well as in leading small group sessions. He is currently working on a project to improve residents as teachers, and he is also quite interested in the elusive goal of efficiently teaching in the midst of multiple daily demands.

Misty Flinchum, BS, RRT is the director of the Center for Simulation, 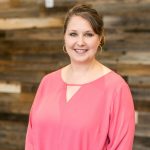 Research and Patient Safety at the Carilion Clinic in Roanoke VA.  Misty currently serves as the membership director as well as the co-director of the South Western Region for the Virginia State Simulation Alliance.  Misty has approximately 10 years of simulation experience and has served in multiple positions within the department. She completed her Associates in Applied Science in 2000 and her bachelor’s degree in 2011 in Healthcare Management from Jefferson College of Health Sciences.  Misty has a clinical background as a Registered Respiratory Therapist and is responsible for the day to day operations of the CSRPS as well as collaborating with physicians and other medical professionals to effectively integrate simulation activities into curriculum as well as clinical practice.

Dr. Foroozesh graduated from Tulane University School of Medicine in New Orleans, LA. She then completed her Internal Medicine Residency followed by fellowships in
Pulmonary and Critical Care Medicine as well as Sleep Medicine at Tulane.  After five years of private practice, she joined Carilion Clinic in 2008 at which time she joined
the faculty of Virginia Tech Carilion School of Medicine.

Tim Fortuna, DO
Simulation Observation Only 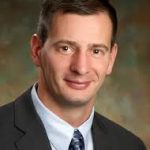 Dr. Fortuna joined the Carilion Clinic Department of Emergency Medicine in 2010, he relocated here with his wife and two children from SUNY Upstate in Syracuse, NY. In 2014, Dr. Fortuna was selected to serve as the Medical Director for the Carilion Clinic Center for Simlation, Research, and Patient Safety, which was in development of the new 10,000 sq. ft. state of the art simulation lab addition for use by the entire institution.  For Dr. Fortuna, simulation is an essential piece of a medical education which shows in his focus and research of the use of simulation in the physician decision making process. 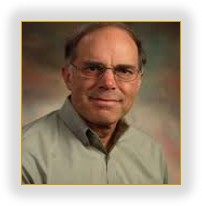 Dr. Kablinger graduated from McMaster University with a B.S. in Biology and Psychology. She earned her medical degree from Finch University of Health Sciences/ The  Chicago Medical School (Now Rosalind Franklin SOM), and completed her residency in General Adult Psychiatry at the University of Florida. Dr. Kablinger has received multiple teaching awards since becoming faculty including the First Annual Irma Bland Award for excellence in Teaching Residents via the American Psychiatric Association, the Department of Psychiatry Teacher of The Year award from LSUHSC-S, and the First Annual Roberts Award presented by the Association of Academic Psychiatry for Inspiration and Mentoring in Psychiatric Education. Dr. Kablinger is currently Program Director for Carilion’s Department of Psychiatry and Behavioral Medicine residency training program.

Daniel Lollar is from Atlanta, GA, went to college in Vermont where he worked as an EMT and returned to the Medical College of Georgia. He completed general surgery training in Fresno, CA and received Trauma/ Acute Care Surgery fellowship training from the University of Colorado. He joined Carilion Clinic in 2015. Dr. Lollar is currently the clerkship director of the surgical critical care experience for the school of medicine and is the associate program director for the general surgery residency and surgical critical care fellowships. He is interested in medical decision making and the role of simulation in surgery.

Dr. Musick completed his Master of Sociology degree from East Tennessee State University and his Doctorate in Educational Evaluation & Policy Studies from the University of Kentucky. He also completed a post-graduate certificate in Bioethics from the University of Washington. He began working in medical education in 1992, and held a variety of academic and leadership positions at three medical schools prior to joining the VTC School of Medicine and Carilion Clinic in July 2013. He has published over 40 peer reviewed articles on various aspects of medical and health professions education.

Dr. Musick’s teaching experiences with health professions learners have focused on the general areas of bioethics, health systems, social and behavioral aspects of medicine and spirituality and medicine. He has been the principal investigator on several education-related grants, and has also done major fund development work. His research interests include faculty and curriculum development, educational assessment, medical professionalism, and the interface between education and patient outcomes.

Dr. Shari Whicker (EdD, MEd) is Senior Director for the Carilion Clinic Office of Continuing Professional Development and Assistant Dean for the Virginia Tech Carilion School of Medicine (VTCSOM). She is also an Associate Professor in the Department of Pediatrics as well as Director of our teaching academy, TEACH (Teaching Excellence Academy for Collaborative Healthcare).

Dr. Whicker oversees professional development throughout Carilion Clinic and VTCSOM as well as all faculty development efforts related to teaching throughout the medical school, providing opportunities to guide our faculty to excellence in teaching, learning, and educational scholarship.

Dr. Whicker completed her undergraduate degree at the University of North Carolina (Greensboro), her Master of Education degree (MEd) in 2005 and her Doctorate in Adult Learning (EdD) in 2012, both at North Carolina State University.

Click here to view the faculty development sessions in Research, Current Topics in Healthcare, and Leadership!